Unique Watch Shop vouchers: Make use of this deal for most savings on purchase  Ladies DKNY Chambers Ceramic Chronograph Watch with 56% off. Grab these Watch Shop discount codes to receive excellent bargain on your purchase!

Watch Shop is a UK based online watch retailer which was established in the year 2007. It provides high-street and designer watches and jewellery to its customers and it is associated with many popular watch brands like Coach, Raymond Weil and Frederique Constant among others. It is a leading retailer of branded designer watches and it also has the UK’s most popular website for selling watches. With an excellent customer service and support team for its website, Watch Shop has one of the most efficient and well-organized shopping systems. Its customer service team provides essential information at every stage to inform their customers of their order status.

Watch Shop was originally established in the year 1991 on the high street. It was initially launched under the name of S D K Jewellers Ltd. and it was launched as part of the Reading-based jewellery retailer which was founded by Sham Naib in the same year. It was not until the year 2007 when its official website was launched by Naib’s son, Kishore Naib, thus introducing the company to various online platforms.

In its proud history of being a leading UK based watch retailer, Watch Shop was also the first independent watch selling company to advertise itself on national television. Its ad campaign was aired across the UK’s digital channels which included E4, More4, ITV2 and Sky News. Watch Shop has also conducted various charitable activities like raising relief funds for the Tohoku’s 2011 earthquake and tsunami and raising money for Breast cancer awareness.

Smart watches are the ultimate accessory for smartphones. The combination of the cutting-edge technology of a smartphone and an equally radical smart wrist companion can take you to that extra mile. Whether you want to stay focused on your fitness regime or wish to be on top of the social media, the collection of smart watches at the Watch Shop features a diverse range through some of the world’s biggest watch brands. For its collection of smart watches, Watch Shop is associated with many popular brands like Casio, Citizen, Garmin, Guess, Nixon, Polar and Timex among few other brands. Some of the top selling categories under smart watches are as follows:

Watch Shop also holds an incredible line of sunglasses at its disposal from designer brands such as Ray Ban. 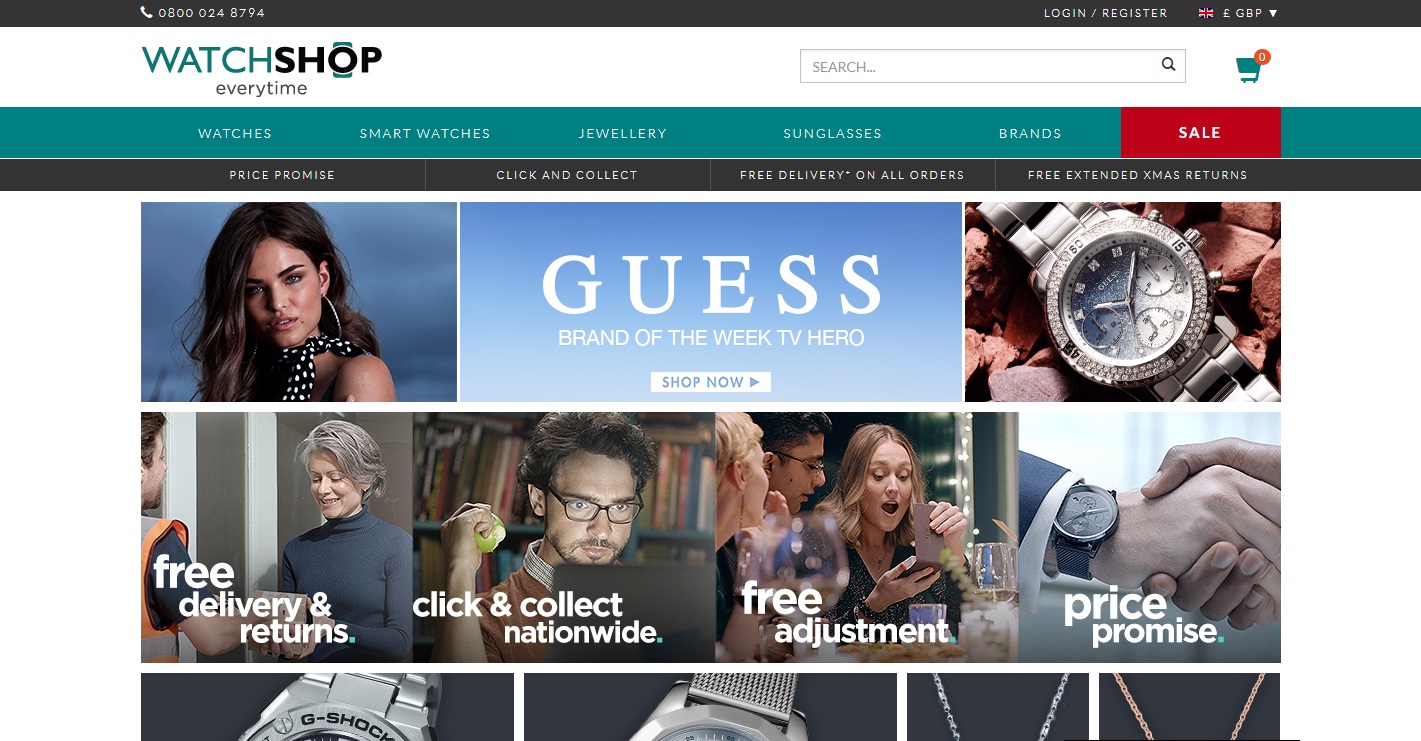 - Buy an “Emporio Armani Jewellery Men's Rose Gold Plated Bracelet” for just £68.49 and save up to 23% only from the Watch Shop.

Follow Watch Shop on social media for all the news and updates!

Or E-mail Us
Email: helpdesk@watchshop.com

What people say about Watch Shop

With Watch Shop there is always a good time to buy a new watch. Get best offers price for brands like Armani, Casio, Boss, Guess, DKNY, and Sekonda to name a few using Watch Shop discount codes available at www.DealVoucherz.com. Also don’t miss out exclusive Watch Shop free delivery codes at DealVoucherz to get anywhere free delivery in UK. All the Watch Shop vouchers are valid and will give you the best savings.